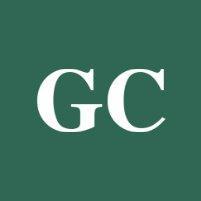 Earwax normally keeps your ears healthy, but when it builds-up, it can cause an earache and affect your hearing. Gary A. Coté, MA, CCC-A, and the team at South Bay Hearing and Balance have years of experience safely removing excess earwax and creating a plan to help prevent impacted earwax in the future. If you have questions or need to schedule an appointment, call the office in Chula Vista, California, or use the online booking feature today.

Glands in your ear canal produce earwax, also called cerumen. This waxy substance lubricates and cleans your ears, and it has antibacterial properties that fight against infections. Earwax also helps keep water out of your ear and stops dust from getting in your ear.

When you move your jaw, whether through talking or chewing, the motion pushes the earwax from your eardrum toward the ear’s opening. At the opening, the wax naturally dries up and falls out.

Earwax can build-up in your ear and become impacted when the glands produce cerumen faster than it leaves your ear or when the wax is blocked and can’t get out. A few problems that lead to excessive earwax include:

Using cotton swabs and accidentally pushing the wax back into the ear canal is one of the top reasons people end up with impacted earwax.

What symptoms develop if I have an earwax blockage?

As your earwax builds-up, you experience symptoms such as:

You may also feel dizzy or develop an ear infection.

How is impacted earwax treated?

It’s tempting to treat impacted earwax on your own, but that puts you at risk of making the problem worse. Many people damage their eardrums when they try to remove earwax, so it’s best to let the team at South Bay Hearing and Balance safely take care of the problem.

For a mild wax build-up, you may only need ear drops to soften and break down the wax. To remove severely impacted earwax, your provider uses specialized instruments and techniques that are safe and comfortable.

After you have one episode of impacted earwax, it’s important to take steps to prevent the problem from returning. Your provider at South Bay Hearing and Balance prescribes medicated ear drops that you use on a regular basis to prevent another build-up.

If you develop an earache or plugged ears, call South Bay Hearing and Balance, or book an appointment online.